Presenting a respected person with a gift of spirits has become an elegant custom. Be it a distinguished cognac or a rare blend whiskey for an esteemed business partner, or a party set complete with tasty schnapps or fancy liqueurs for a friend on an important date, or a gift for a man on his birthday - there is always place for spirits when there’s an occasion to celebrate. This is not the kind of gift that will go sitting on the recipient’s shelf gathering dust for years, but rather a token of appreciation and closeness that will be used and enjoyed.

People have been producing alcoholic beverages of this or another sort since the dawn of humanity. The first actual records of distilling spirits come to us from Ancient Greece, from the about 1st century AD. In the Middle Ages, distilling was known already in China, Italy, and many other places. Since then, every nation has developed its signature alcoholic beverage - aromatic brandy for the English, fragrant ouzo for the Greeks, sweeter soju for the Koreans, exotic cachaça for Brazil, and the ever-famous tear-clear Russian vodka - just about everywhere in the world liquors are distilled and consumed. Alcohol by volume in such drinks starts from 20% and can go far above that as it does with vodka, the golden standard of distilled spirits, which has 40% AbV. Extreme drinks, such as Romanian rakia or Irish Poitín, boast 60% AbV and higher. 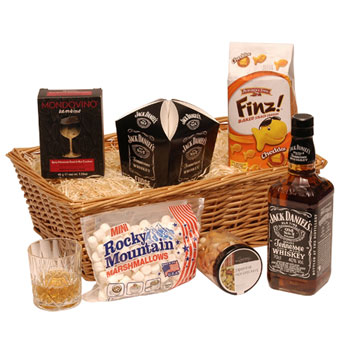 Spirits, since they have such a rich and long history, have been often connected not only to a nation, but also to a period or a social standing. For instance, Absinthe, another one of the high-AbV drinks, with its alcoholic content ranging today anywhere between 45% and 90%, has become famous for being the drink of choice in Parisian bohemian circles at the end of the 19th and beginning of the 20th century. Born in the Swiss canton of Neuchatel, absinthe, initially distributed to French troops back in the 1840s as a malaria preventative, has been distilled using bitter herbs - particularly green anise - wormwood, and fennel. These herbs give it its characteristic green color, for which, combined with its connection to artistic circles, it received the nickname of 'Green Fairy' or 'Green Muse.' Eventually, early in the 20th century, the temperance movement led to a full ban of absinthe in most European countries, and the magical Green Fairy disappeared until the 1990s when the drink was allowed back on the market again.

When deciding on a gift of spirits, of course, it is important to keep in mind your recipient’s background, as well his or hers preferences and favorites, but the truth is that an alcohol gift allows you quite a flexibility in letting your friend or business partner discover new tastes as well. The great thing about a spirits gift is that it’s not just a memorable item or a consumable drink, but it is a mixture of the two, adorned by the experience of atmospheric ritual. Be it plain whiskey on the rocks, consumed in a cosy setting to celebrate victory, or an extravagant liquor to be mixed into a fancy drink (think a reason for a party), you gift will be an crucial ingredient to a relaxing break for your recipient, a source for a gleam of light in their daily tiresome routine. So pick your favorite, and be not afraid to experiment!