When is Father's Day Celebrated in the US, Canada, and UK?

When is Father's Day Celebrated in Australia and New Zealand?

Father's Day - a poignant holiday that acknowledges and appreciates the important role a father plays raising his children. Pomp and enthusiasm surrounds Father's Day all around the world. Most countries celebrate their dads on the third Sunday of June, and many cultures include all kinds of father figures - step-fathers, fathers-in-law, grandfathers, and uncles - in the merriment.

Despite the fact that fathers have been revered at all times by civilizations across the globe, ironically until the last century dads went without official recognition of the significance of fathers in one's life. So, how did we start celebrating Father's Day?

The modern tradition of celebrating Father's Day originated much later - in the beginning of the 20th century in the United States. The idea of observing a day in honor of fraternity was conceptualized in 1909 by Sonora Smart Dodd, a loving daughter of William Smart, a civil war veteran. After attending a Mother's Day Sermon, Sonora was struck with the noble idea to create a special day to acknowledge the important contribution made by fathers in the lives of children. Encouraged by her father's love and remembering his strength and ability while raising five children alone - after his wife's death - Sonora worked hard to realize her idea. To pay tribute to her affectionate father, Sonora originally hoped that Father's Day would be celebrated on Smart's birthday, June 5, but there was not enough time for preparation and the day came to be celebrated on the third Sunday of June. The noble concept of the holiday has quickly gained popularity among families in the US, and President Nixon declared it a permanent national observance in 1972. 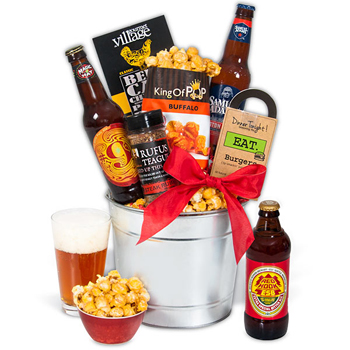 Father's Day celebrations take place with a lot of gaiety and enthusiasm in many countries worldwide. Around the globe, people thank their fathers and pay tribute to them. It is traditional to wear a rose on Father's Day, as a symbol of gratitude. A red rose indicates that one's dad is alive, while a white rose means he's passed away.

The holiday is often considered the perfect time for family reunions, so families can celebrate all their male family members together. Additionally, dads are often awakened on their special day by children who wish to pamper them with breakfast in bed or a festive dinner. Families often plan fun outdoor activities and present their dear dads with Father's Day gifts. The most popular offerings are personalized items like neckties, shirts, and electronic gadgets. Other gifts for the men include grilling kits, gift baskets with their favorite sport theme, and their favorite beer, wine, or liquor. Dads are also known to enjoy sweet treats and decadent chocolates. Fathers are a child's biggest source of strength. A father is the householder, the pillar of the family, the one who can get rid of the monsters under the bed. For daughters, their father is the first man they adore. For sons, he is the strongest person and a role model. Even when children grow up, their father is someone they to for experienced and honest advice. For the great figure in our lives that we know as Dad - it is our utmost duty to pay our humblest tribute on the occasion of Father's Day!