It might be surprising to hear that chocolate has been considered the food of the gods, an exotic aphrodisiac, and a sweet gourmet gift only for the elite. Chocolate has taken a special place in the hearts of millions of people throughout history. Long before Columbus’s ships reached America, cacao beans were used as offerings to Mesoamerican deities and spiritually uplifting drinks for religious and royal ceremonies. The world “chocolate” itself comes from the Nahuatl “xocolotl,” which means “bitter water,” since the seeds of the cacao tree initially have quite a bitter taste and must undergo fermentation to become sweeter and develop the flavor that we know and love today.

Once the first cocoa beans reached European shores, the recipe underwent a few changes. The Europeans introduced both sugar and milk into the process - the sugar to balance the bitter taste, and the milk to give it a creamy, richer texture (and to make it a little more fattening, since we all know that's what makes it taste so good). Hot chocolate quickly made its way to aristocratic parlors and, considered to be an aphrodisiac, became a sophisticated and exotic dessert drink of love for the highest class of people.

The first solid forms of chocolate were introduced only in the end of the 18th century. The new, solid form of chocolate form made the transportation and storage process easier, and opened the way for endless flavor experiments. As a result, chocolate began to become as a popular sweet for masses. Praised for its unique, indulgent flavor, its energy and health benefits, and its ability to elevate mood due to high content of endorphin-inducing ingredients, chocolate earned its place as the number one choice of sweets and sweet gifts all around the world. 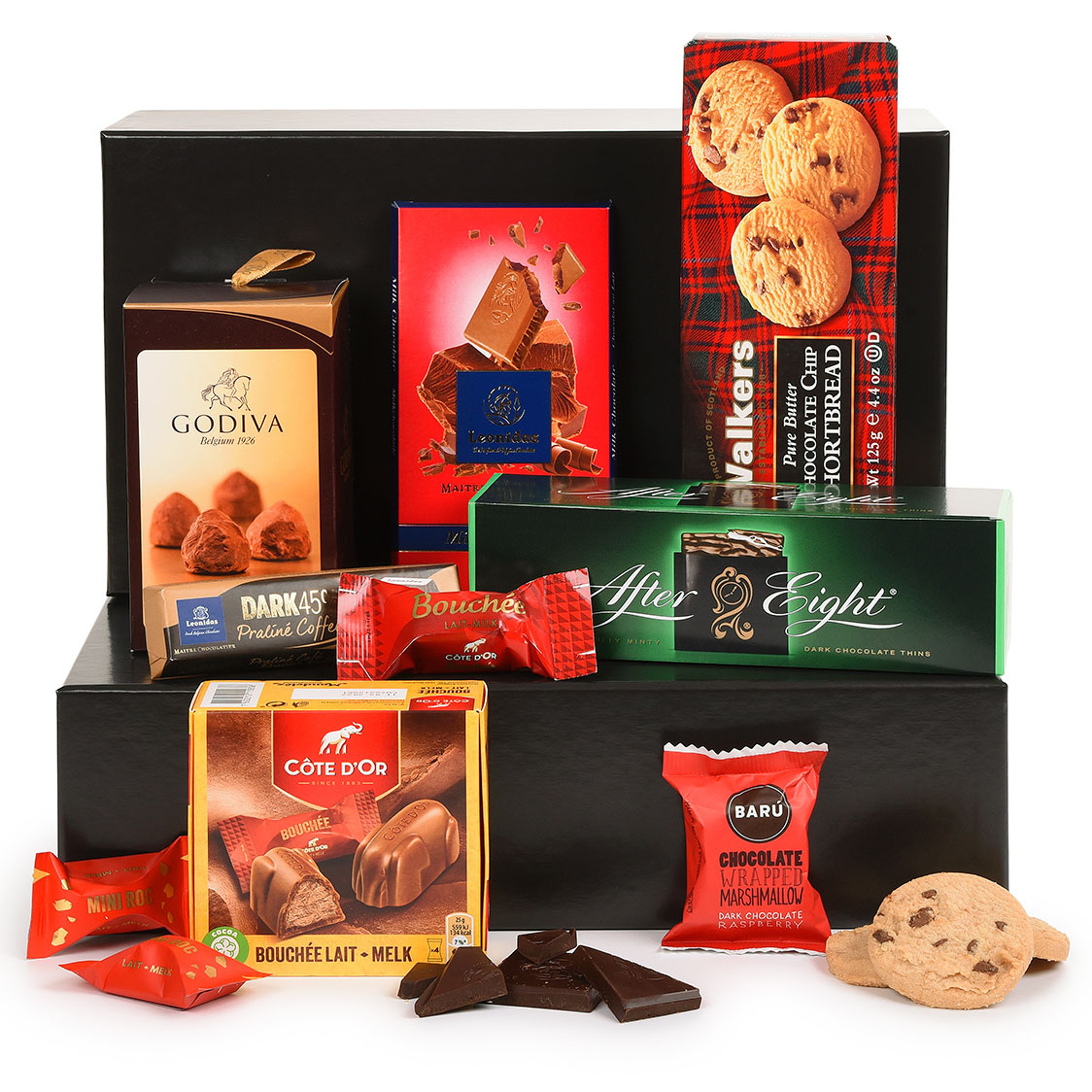 Chocolate in the Modern Day

Today there is a wide variety of chocolate flavors and confections all based on three kinds of chocolate which are defined by the percentage of cacao beans contained in them. The first kind is intense bitter or black chocolate, made with 35% of cacao solids or higher; the second kind is softer and milder milk chocolate, with cacao solids content of 20-25%; and the final kind is white chocolate, which contains little or no cacao solids, instead white chocolate is made from cacao butter. These three chocolate bases allow for limitless concoctions with additional ingredients such as cream fillings, dried fruit, liqueur, nuts, and more - not to mention experiments with textures and forms from well-known "kisses" to ephemeral and impossible chocolate sculptures. Chocolatiers from all around the world compete with their masterpieces in order to prepare the perfect gift of taste. Swiss or Belgian chocolate is considered the golden standard, but curiously enough, more chocolate is produced there than is consumed per capita (creating a considerable export industry).


Statistically, chocolate is consumed by twice as many women than men - but men also value the undeniable health benefits chocolate can offer. Besides their value for pure indulgence, chocolate bars are often part of hiking expeditions and camping packs, and have even made it onto the menus of every spacecraft ever launched been - even Apollo 11, the first space shuttle to land on the moon.

Of course, you don't have to planning a trip to the moon to love chocolate and appreciate its long history. Beautiful artisan chocolate pralines or melt-in-your-mouth truffles are ideal no matter the occasion. Whether you're treating yourself or someone else, chocolate is the perfect gift - an ideal way to tantalize all the senses, perk you up, or make a delicious meal even more memorable.