When is the Chinese New Year celebrated?

The Chinese New Year is celebrated on the second new moon after the winter solstice. This typically falls between January 21st and February 19th on the Gregorian calendar. The Chinese calendar is a lunisolar calendar that is divided into 12 months of 29 or 30 days, and arranged in major cycles of 60 years, each year named after one of the 12 Zodiac animals. 2014 coincides with Chinese Year 4712-4713 and is also the year of the Horse.

A Festival of Renewal

The Chinese New Year, also known as the Spring Festival, is much like the American New Year, only on a much grander scale. With just over 2 weeks of celebration (starting on the first day of the year, and ending on the 15th), the Chinese New Year is the longest and most important celebration on the Chinese calendar. While the celebration has evolved over the years, and tends to vary based on the region where it is celebrated, the feelings and emotion remain the same. It is a time for new beginnings, family, friends, delicious foods, appreciation, and making sure to start the year off with your best foot forward. 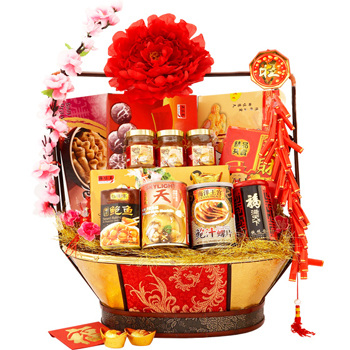 Those who celebrate Chinese New Year start things off right with delicious food. On the eve of the New Year, families come together to have a reunion feast where they share stories, secret recipes, love, and gifts. Homes are also decorated in ways that are said to encourage luck, ward off bad omens, and - as legend tells us - to keep homes, crops, and people safe from the demon called “Year.” Decorations are often red, which symbolizes fire and is said to be the color for driving away bad luck. Fireworks and elaborate lanterns head up the night-time festivities, the sound and lights being not only awe inspiring, but yet another way to ensure a safe start to the year. 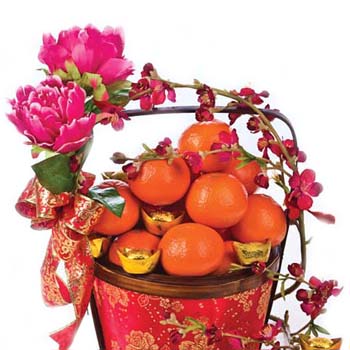 Gifting during the Spring Festival is a cultural must. It is not so much the nature of the gift that matters, as it is the thought. The gift exchange during the New Year is a way to show hope for a future relationship, as well as your good will and gratitude. This holds true with everyone one is connected with (and wishes to remain connected with), regardless of the type of relationship; friends, family, colleagues and business associates all partake in the gift exchange. The older generation often gives red envelopes with “luck money” to younger children and these often also come with pieces of their wisdom. Token gifts are exchanged between friends and families to symbolize continued bonds and the hope for future memories. Popular gifts are fruit baskets (typically filled with oranges), cakes, chocolates, and candies, but other tokens both large and small are also delightful (and well-received) ways to send warm wishes.

The exchange is equally important in establishing long term business relationships. As business is viewed as much as an exchange of mutual respect and honor as it is goods. Taking care to package items in red and traditional gold trim characters will not only show respect and knowledge of the culture, but likely earn some points for the offer of friendship.

The Chinese New Year is celebrated worldwide, in any area with significant Chinese population. It is particularly popular in China, Hong Kong, Taiwan, Macau, Singapore, Thailand, Indonesia, Malaysia, Mauritius, and the Philippines.