The Ancient Art of Brewing

One of the very first prepared beverages known to mankind, beer dates back to the cradle of the humanity - the Mesopotamia region, where laws and customs regarding this special drink were mentioned in the Hammurabi Code and prayers to the goddess Ninkasi. Making its way through Ancient Egypt, Greece, China, and Scandinavia, beer has into the modern day, having become a drink of choice for many people around the world - and a true passion for others.

Made with water, malt (a blend of barley, wheat, rice, agave, or other grains and plants, depending on the region and recipe), brewer’s yeast, and hops, today there are more varieties of beer on the global market than one can try in lifetime - and yet, there are even more beer connoisseurs aiming to try them all. Ale or stout, lager or wheat, dark or light - in every region on every continent (except, well, for Antarctica), there’s something to try or to send as a beer gift to your favorite beer connoisseur.

Beers of the World

The most prized beers have been traditionally made in Northern Europe. The United Kingdom, Ireland, Netherlands, Germany, and Belgium have all given their valuable input in beer history. Germany, which is one of the largest and most famous beer producers in the world, is home to the globally famous Oktoberfest festival, held every fall in the region of Bavaria. There, beer is such a basic companion to every meal that it is not even considered an alcoholic beverage, but rather is listed by health authorities and market regulations in the aliments category. 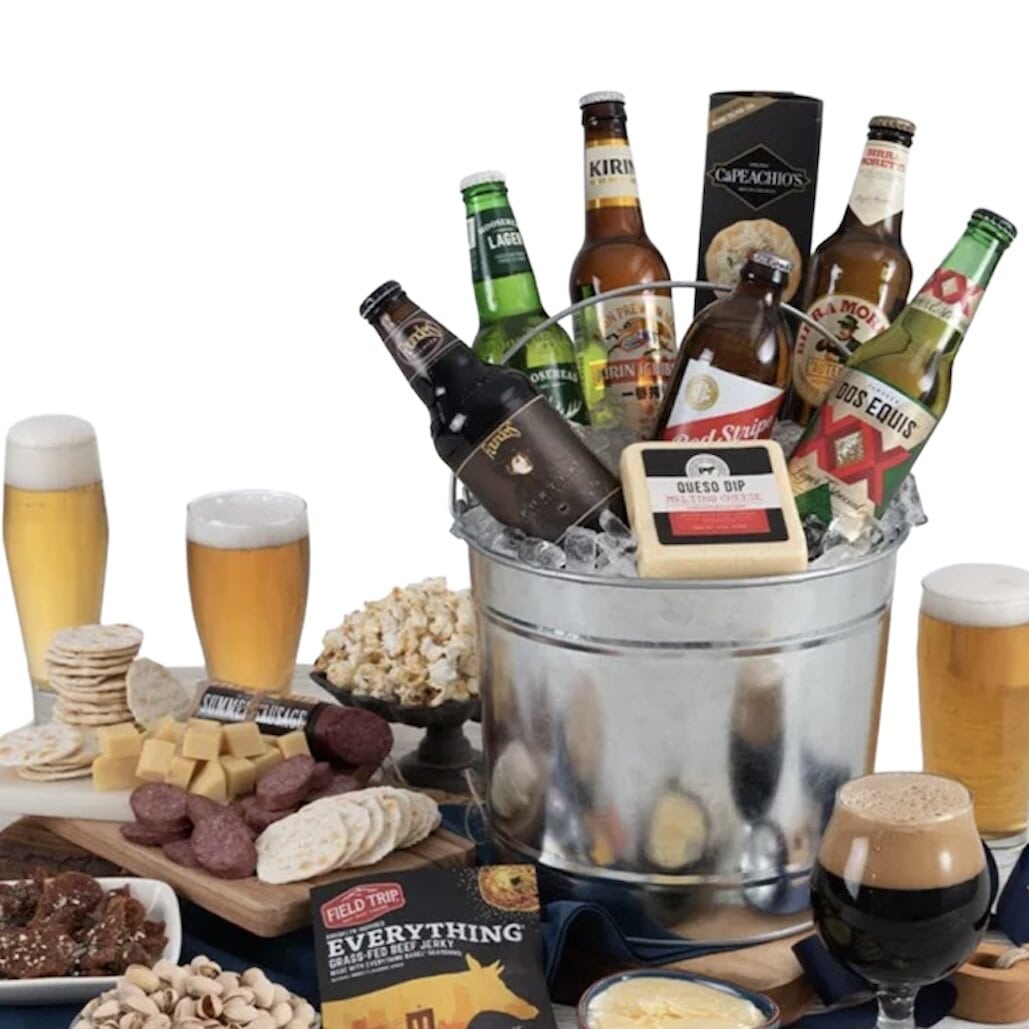 Traditional English and Irish beer is made without a hops infusion. Such a fermented beverage is called “ale,” the word itself originates from the Old English “ealue,” which means “sorcery, magic,” and is still made today, mainly by smaller regional microbreweries.

Netherlands, in its turn, is famous mainly for its international giant beer corporations - Heineken, and Bavaria - however, together with Belgium it is also home to Trappist monasteries brewing traditional beers using centuries-old recipes. These exceptional drinks are usually a bit stronger than commercially-produced beers, ranging from 4.5% to 10% ABV, and are to be consumed in goblets or chalices, which are often produced and branded by the same monasteries to make a memorable beer gift to accompany the beverage itself.

Asian beers are usually based on rice, while the ones produced in the Americas ferment on traditional barley or on indigenous Agave and corn. On the African continent, drinkers favor their beers infused with honey and ginger. And there are also thousands of microbreweries trying old and inventing new recipes every year.

Beer has long been considered a manly drink, and it makes a fail-proof gift idea for almost any occasion. Be it a gift set of his favorite brew accompanied by a keepsake beer glass or goblet, a party combo of beers and snacks for a enjoyable sports night, or a sophisticated arrangement of beer samples from all around the world to taste, beer gifts for men will always make them happy.

Send a Beer Gift Bakset to a friend or Colleague today!